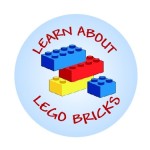 LEGO®is a trademark of the LEGO Group of companies which does not sponsor, authorize or endorse this site.

Preschool: Do 3 requirements including the 2 starred

_____ 1.* Look through your Lego bricks and see how many different kinds of pieces you have.  Think of different ways in which each piece could be used.  For example: an 8-brick can be used to build a wall, become the body of a dog/cat, be the seat for a bench/chair or be the base/chassis for a small vehicle.

_____ 2.* Learn how to build a wall by overlapping the bricks – the way a brick-layer would build a brick wall.  This makes a stronger wall than building the bricks up in unconnected columns.  Try building walls both ways and see which is easier to knock down.

Level 1: Do 4 requirements including the 2 starred

_____ 2.* Create one of each of the following using at least 6 different types of Lego pieces:

Level 2: Do 5 requirements including the 2 starred

Level 3: Do 6 requirements including the 2 starred

_____ 2.* Learn about a Lego Artist such as Nathan Sawaya or Sean Kennedy. Look at examples of their work either online or in person. Create your own Lego art in the style of the artist you have chosen.

Level 4: Do 7 requirements including the 2 starred

_____ 2.* Choose 6 of the following topics and describe how Lego might be used to learn about them.

Level 5:  Do 9 requirements including the two starred.

_____ 2. *  Teach someone how to do a skill from this badge or teach some knowledge about this badge to someone.   You can teach kids, your spouse, seniors, anyone, just as long as you are sharing your new found knowledge.   If for some reason you cannot teach what you have learned to someone else, you may choose an additional 2 optional requirements instead.

_____ 4. Learn about a Lego Artist such as Nathan Sawaya or Sean Kennedy. Look at examples of their work either online or  in person. Create your own Lego art in the style of the artist you have chosen.

_____ 5. Create something that uses Lego gears and axles. Understand how the gears fit together to make things move. What is the purpose of the axle?

_____ 9. Participate in a Lego Contest or Competition such as a Lego Education Competition, or a First Lego League Competition.

_____ 16. Hold a Lego drive to collect Legos to donate to your local school, or come up with another Lego oriented service project.

_____ 17.  Find out what careers there are with Lego.  What type of education might you need for one of these jobs?  What type of salary could you expect?  Where might you have to live?