A Note From the Founder – Maryland Here I Come!

Calling all members in Maryland, Pennsylvania or surrounding areas!  Members of the NAMBA and IMPBA RC boat racing clubs are helping to write a RC boat badge.  I will be traveling to Maryland June 26 – July 1 to attend the IMPBA Gas Nationals and would like to offer the opportunity for any Quest members in the area to join me to learn about the RC boat hobby.   The event is open to the public with June 26 as open water practice and races the 27-29th.  Depending on the race schedule, which has yet to be released, I will choose a day to have the racers teach the RC badge to anyone who wishes to attend.  Keep an eye out in future newsletters for more details.  Free RC Boat badges will be given to anyone who attends and earns the badge at their age level.  Races will be held at Fort Ritchie in Cascade, MD

June 30-July 1 I will traveling to various sites in Pennsylvania such as Gettysburg to work on more badges.  I will be posting my schedule as the trip gets closer and would love to connect with as many Quest members as would like to join me.

In an effort to populate our new forum with useful information we are running a contest for the next two months.   This forum combines all questions for Frontier Girls and Quest as well Curiosity Untamed.  Every time you ask a question or answer a question for someone else you will be entered into a drawing to win $50.  If you don’t see a forum category that suits your question, please email me at either kerry@frontiergirls.com or kerry@questclubs.com and I will be happy to add a new category.

The drawing will take place on April 1.

Click the image below to go directly to the forum or visit forum.curiosityuntamed.net.

New Blog Up and Running

The new blog on our resource website, Curiosity Untamed, is up and running.  We have not had a chance to move many of our resources over yet, but will be adding new material each week as we go forward.  We encourage you to subscribe to the blog to stay informed as to what type of resources are available.  With the new website, finding ideas for meeting plans, ceremonies, badge support, songs and more will be easier than ever as each resource will be allocated to specific categories.  An active search bar will be available if you know exactly what you are looking for to direct you to the correct page.

A few posts have already been made such as the Puzzle Ceremony depicted to the left.  While this ceremony was designed for an investiture/re-dedication ceremony it can be easily adapted for an advancement or award ceremony as well.   The link to the ceremony is:  http://curiosityuntamed.net/puzzle-investiture-ceremony/

Arthur Duke, Troop 109
By Sylvia Duke
Arthur Duke, Owl Level Frontier Boy with Troop 109, Big Sandy, TX has just completed Kilgore College Fire Academy thus completing the Texas Commission on Fire Protection’s Basic Fire Suppression Curriculum which includes Firefighter I & II and Hazardous Materials Certification to the Operations Level.
In 2016, as a 17 year old Eagle Level Frontier Boy, Arthur wanted to complete his Health & Safety Major Award by volunteering at the local Pleasant Grove Volunteer Fire Department. At that time all volunteers with Pleasant Grove VFD had to be 21 years old, so he was not allowed to respond to  emergency calls. Instead of being discouraged he attended training meetings, business meetings, cleaned the Fire Station and shadowed the Training Coordinator. After his 6 hours of shadowing and 6 hours of Volunteer Service to the Community were completed for his Major, Arthur continued to attend meetings and trainings.
Seeing that Arthur was serious about volunteering, the Pleasant Grove VFD reduced the age limit for volunteers to 18 years and over. Then 18, Arthur was able to respond to emergency calls and became a probationary member of the station!
In 2018 Kilgore College offered their Fire Academy program to local Volunteer Fire Departments in the area. The program consisted of online power-point presentations and tests to accompany the text books (Essentials of Firefighting and Fire Department Operations and Hazardous Materials for First Responder); online training videos with tests; and monthly all-day trainings at the Fire Station. Extra trainings included extrication of victims from wrecked vehicles and a Live Fire Day at the Fire Academy. The course began in May 2018 and the finals were in January 2019. It took dedication and perseverance to complete. For Arthur there was added pressure: his dyslexia prevented him from reading the text books accurately and quickly, so they were read aloud to him. The total Fire Academy course took more than 300 hours. Arthur received commendation for completing the entire course without asking for time-extensions.
In the coming months Arthur plans to complete his National Incident Management System Training and hopes to become an Emergency Medical Responder. The Director of the Kilgore College Fire Academy has recommended that Arthur take his Texas State Firefighter Examinations in the summer.
Who would have thought that a Health & Safety Major could lead so far?!
We wish Arthur every success!

Awesome Site for Working on Your WWII Badge!

If you are working on your WWII badge this interactive website allows you to click on pictures from World War II and watch them transform into how it looks today.  It is fascinating to watch the beaches of Normandy on D Day slowly transform into the tranquil beach that tourists love 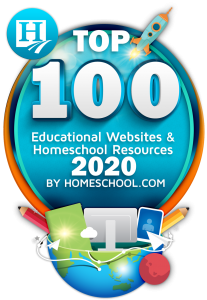