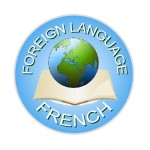 (Discover the World)
by Doreen Olson

This badge may be earned multiple times using different languages.

_____*1. After choosing a language to learn, find out which countries speak the language. Learn something about
their customs, geography, and religion.

_____*2. Learn to say the following things in your new language and practice having a conversation with at least
one other person, preferably someone who knows enough of the language to help you:
a. hello b. Good Morning c. Good Afternoon
d. Good Evening e. please f. thank you
g. You are welcome. h. My name is ________. i. Glad to meet you.
j. It’s my pleasure. k. How are you? l. I am well.
m. good-bye n. Excuse me. o. You’re excused.

_____ 3. Find a poem, song, or Bible verse to memorize in your new language. Share it with someone outside your
family as well as a family member. Be sure you know what it means.

_____ 4. Watch a travelogue or live presentation of one of the countries where your language is spoken. The movie
or presentation needs to show more than one city or town in the country, use a few words of your new language (or
show them on signs), and be over twenty minutes long.

_____ 5. Make a folder or a poster with information and photos of a country where your language is spoken. Include
a variety of information from #1. Share this with your troop or someone outside your family.

_____ 6. Do something nice for someone in a country where your language is spoken. This could be sending some
money to a charity, finding a pen pal and sending her a birthday card, or praying daily (for at least two weeks) for a
missionary in that country.

_____ 7*. Be able to spell all the phrases in #2 if they use an alphabet similar to ours. If your language has a really
different alphabet, learn to write five of the phrases.

_____ 8. Teach all the phrases in #2 to another person. Make flashcards with the phrases written out and be sure
your ‘student’ understands all the meanings.

Butterfly: Do six requirements including those starred

They are the same as those for a Dolphin, plus another starred one (#9).

_____ *9. Learn to make introductions. Find out whether people speaking your new language usually shake hands,
bow, or use some other show of respect along with the dialogue. Be sure you know how to say the following:
This is my friend/sister/brother/mother/father/cousin/teacher/employer/helper.
It is my pleasure to introduce you to……..
He/She is a very special person/good helper/wonderful boss to me.

Eagle: Do seven requirements choosing from all the Butterfly choices and those below.

_____ 10. Role-play or perform as a skit one of the following scenarios in your new language:
ordering a meal in a restaurant
choosing teams for a soccer game
getting directions to a grocery store
buying a pound of meat at a butcher shop/meat counter
helping a little child who has fallen off his or her bicycle

_____ 11. Attend a cultural event put on by people who speak your new language. This event needs to expose you
to your new language (written is fine) or teach you something about another country that you did not previously
know.

_____ 12. From a country connected with your new language, learn a folk dance, a special ceremony, or a native
craft. Share what you learned with your troop or family.

These 173 languages represent the most common of languages from the 6,809 languages spoken in the
world today.