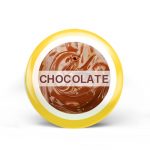 _____1.* Try a piece of unsweetened chocolate, dark chocolate, milk chocolate, and white chocolate. Which do you like best and why?

_____2.* What climates are ideal for growing cacao trees and what countries have those types of climates? Locate on a map or globe the three countries required for Level 1.


_____1.* Do Level 2 requirements 1 & 2. As far as historians can tell, in what form did people first eat chocolate? Which two ancient Central American civilizations consumed chocolate?

_____2.* Make and compare three different made-from-scratch hot chocolates. They may have special flavorings such as peppermint added if desired.

_____3. Taste a minimum of three gourmet dark chocolates and compare their tastes. Levels 3 & Up: Write a short report on the taste differences.

_____6. Learn the history of at least two major chocolate-producing companies. Make a timeline of their histories. It should include a minimum of ten important events.

_____8. Write a short report on the health benefits of dark chocolate or cocoa.

_____12. Find three main dish recipes that include chocolate as an ingredient.

_____13. Use chocolate to make decorations on a fancy dessert or dish. Examples are curls, cutouts, leaves, and molded chocolates.

_____14. Find out some of the government standards for keeping chocolate clean as it moves through a factory. Find out the concentration of insect parts that are allowed in chocolate.

_____15. Draw a diagram of all the steps in chocolate candy making. Start with the tree all the way to the finished product.

_____16. Hold a bake sale that includes only chocolate goods. Follow all federal, state, and local laws. Donate the proceeds to a charity of your choice or to your group.

_____17. Research careers that involve chocolate, such as a baker, cocoa farmer, etc. Learn what type of training you would need and what type of salary you could expect.

_____18. Visit a chocolate or candy factory, a sweet shop, or bakery. Interview one of the workers about the chocolate making process.