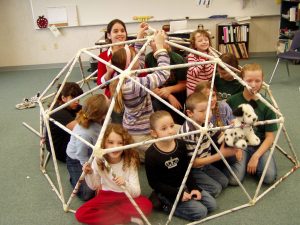 How it All Began

Quest Clubs began in 2010 as a spin off program of Frontier Girls.  Frontier Girls is a scout like program for girls that offers thousands of possible badges to earn.  Founded in 2007 by Kerry Cordy and a group of homeschoolers, by 2010 there were so many boy siblings that wanted to earn Frontier Girls badges that a spin off program was needed.  Rather than restrict the program to just boys, the decision was made to create a program that was as flexible as possible so that any group could use it to design a club to suit their own goals and beliefs.

Over the last 10 years, our programs have evolved and is now used in a wide variety of ways.  While the original intention was for scouting style groups, our badges are now also used as supplemental homeschool curriculum, as after school programs, as in class incentives, and even as clubs for senior citizens.  For those not participating in an organized Quest Club, we offer our badges through our Curiosity Untamed website.  Our members use the badge requirements provided to pursue the goal of lifelong learning and to keep education fun and exciting for all ages.